The Business Situation
A large U.S. mortgage company was still using Tivoli Storage Manager (TSM) backup software to create new backups while preserving existing backups, but their licensing model was based on the amount of data managed by the system, which continued to increase in price. Due to the potential for litigation pertaining to the subprime mortgage crisis, the company was obligated to retain data potentially relevant to their subprime loans and foreclosures. Since backup tapes containing the required data also included other data not subject to the preservation requirements, the customer was over-preserving data, thereby increasing the amount that TSM software had to manage.

The Solution
SullivanStrickler used TRACS to restore necessary targeted email data, and separated it from other data on the backup tapes. Lotus Domino separated attachments from email messages and stored them in a centralized repository, so that all attachments were repopulated into the appropriate messages. Email data was then stored on near-line disks and was accessible when needed. In addition, all data on the original source tapes could be purged from their backup environment.

The Results
The mortgage company reduced their annual software licensing costs by more than $800,000, yielding immediate positive Return On Investment (ROI) from the project with projected 5-year savings of over US $4M. Ongoing financial benefits are still being realized, since the company requires much of the data to be retained years later. The alternative scenario would have required the company to pay IBM for capacity licensing of TSM. Legacy data retirement from current backup system helped the national mortgage company save over $800,000 in licensing fees annually with a nominal investment.

About TRACS
SullivanStrickler’s Tape Amalgamation Service helps clients identify tapes or backup sessions that cannot be destroyed, and selectively isolates the data. Using our proprietary software, TRACS, we can create image files of volumes and collect file-level metadata that can be imported into our Invenire system for immediate ability to find files. We can also take the session from single-instance or multithreaded without incurring the costs and time to restore them. 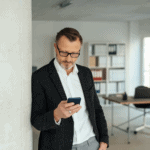 2020 White Paper – The Future of Legacy Data
Scroll to top