Backup Tapes as a Source of Data for Forensic Analysis

Sullivan|Strickler is in the business of helping its clients find out what is on backup tape. Once we identify a file, backup session or database of interest, it may be restored and handed over to the party required to produce it. This service could be performed under the general term of requirements for: 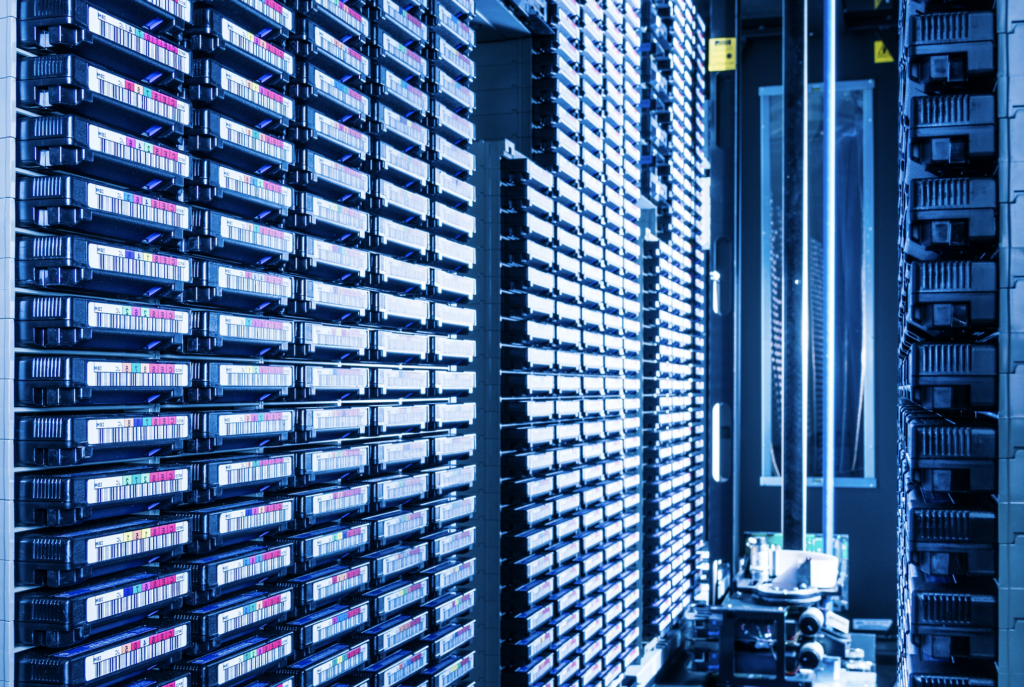 Even though Sullivan|Strickler typically provides this work as part of a broader discovery request for a litigation matter, it is not considered a sub-division of computer forensic analysis. Computer Forensics is the application of computer science to the court room or arbitration panel. The acquisition of data from PCs, laptops, smartphones, etc., do fall under the term Computer Forensics and specifically result in the performance of various analytics.

Electronic discovery focuses on the content of documents, emails and databases, and tells a story based on their content.

We consider this a fair distinction between the two storage mediums: data on disk is forensic analysis, but data on tape is electronic discovery. It is fair to say there is good reason for the distinction. However, should there be a term called “tape forensics” or “backup forensics”?

Data as a snapshot in time

The fact is that computer forensic evidence loses integrity over time. Timestamps are over written, logs are flushed, entire files are deleted. When putting together a documents story from years earlier, it can be much more difficult due to the loss of key metadata. This is not so with tape. While disk/ flash-based computers have unallocated sectors and deleted space to investigate, tape typically does not. The main distinction is that tape is almost always a backup of active files on the file system rather than a backup of the entire disk, including data marked as deleted by the file system, but has yet to be overwritten. It’s essentially a representation of data as a snapshot in time. Therefore, every backup tape could be seen as a forensically sound collection of files the second the backup is taken. Because tape is sequentially written, it is impossible to modify any section of data backed up to tape, unlike disk. While the potential of forensic analysis is reduced because many PCs aren’t typically backed up at the system level. A significant amount of forensic analysis can still be performed by focusing on the file metadata and file content captured in server backups.

The metadata that typically is captured in a server backup includes the filename, file extension, file size, the path that leads to the files, its MAC dates (last modified, accessed, or created date), and of course, an MD5 hash can be created on the file to determine if it is located in other places. Many office documents internally capture metadata such as the last editor.

If working from a single forensic image or a single backup, knowing the last editor and the final content only tells a part of the story. Many documents go through a series of revisions. There may be numerous people editing the document and adding, removing, and changing the content.

The metadata on files are a much deeper ocean, with even more potential stories to be told. In fact, some metadata can be created from file content to provide accurate forensic analysis and interpretation on a data set.

Tape backups are regularly performed by companies using tape, and each one has copies of files as of that point in time. A tape backup typically only saves complete files and not a complete disk image, so very few backup programs will save unallocated space. With a disk file, a skilled person can modify dates to make the file look as if it was created or modified at a different time. This sometimes proves difficult, as some files save the dates internally as well as in the file system. With the tape backup, it can be shown that a particular file did or did not exist on a specific date with these contents.

Backup programs have different parameters surrounding when data is saved. The most superficial level would be just selected subdirectories. The highest level will include all system state files, and on these, it would be possible to analyze the registry. With regular backups, either total or incremental, it is possible to build up a picture of system usage, how often critical files have been changed, and each file version.

A backup tape is just a storage medium, so it can still be subjected to formal forensic analysis once files have been recovered. A straightforward tool is file signatures. This is a process where the start of a file is typically examined, and the expected file extension is determined. For example, if files that look like JPEGs are all called GPH, it is possible somebody has tried to hide them. With Sullivan|Strickler’s proprietary software, TRACS*, this test can be done while scanning the tape.

Tape and disk are both starting points for forensic analysis; they may give different but equally valid results. Disks have unallocated clusters, but tapes have frozen data. Otherwise, they are very similar. The file metadata is identical for both disk and tape. We find that when the full story needs to be told, discovering data from tape in addition to disk is highly effective.

Get in touch
Scroll to top